Reeling from the loss of what she thought was the love of her life, Annie Wilson searches for a reason to hope again with a mysterious next-door neighbor who teaches her what it truly means to be in love forever. Please note this show is Rated R for brief sexual content.

Directed by Scott Ogle A completely original, unscripted improv comedy show. See these amazing performers take audience suggestions and ideas and blend them into such games as Family Dinner, Box of Death, and Interrogation. This classic Dickens tale is a must for the holidays and always a family favorite. Join Ebenezer Scrooge, the ghosts of Christmas past, present, and future, and, of course, Tiny Tim, in celebrating the season. All My Sons tells the story of an American family caught up in the struggle between personal responsibility and duty to country. Joe Keller, a successful, self-made man has done a terrible thing: during World War II, hurriedly trying to meet an order from the Army, he knowingly sold them defective airplane parts which later caused the planes to crash and kill 21 men. He engineered his own exoneration and falsely turned in his business partner; now, his son is about to marry the partner's daughter, the affair is revisited, and his lie of a life is revealed. Joe, spending his whole life in the pursuit of wealth for the sake of his family, represents the American Dream gone wrong.

Margaritas, Munchies and More! Please join us Thursday, September 19th at 6:30 p.m. for a sneak peak of our 2014 season: "It's All About Family: A little drama and a lot of fun" When you're part of the family, you're the first to know! We'd like to thank you for being a part of the Evergreen Players' family. Whether you are a volunteer, donor, sponsor or season ticket holder, we're on stage thanks to you. Now we want to share a bit of what you can expect in 2014 while partaking in great fun, food and drink. We have limited space and will accept the first 100 RSVPs. After the first 100 you will be added to a waitlist. If you RSVP, please update us as soon as possible if your plans change to allow for another to take your place. The 1950's are out and change is in the air! Hairspray, winner of 8 Tony Awards including Best Musical, is a family- friendly musical piled bouffant high with laughter, romance, and deliriously tuneful songs. It's 1962 in Baltimore, and the lovable plus-size teen Tracy Turnblad has only one desire -- to dance on the popular Corny Collins Show. When her dream comes true, Tracy is transformed from social outcast to sudden star. She must use her newfound power to dethrone the reigning Teen Queen, win the affections of heartthrob Link Larkin, and integrate a TV network, all without denting her 'do! For questions please call: (303) 674-4934 or (303) 670-4636 Leaving Iowa is a toast to the "greatest generation's" idealism and character and a little roast of their undying dedication to the classic family road trip. More specifically, it is the story of Don Browning, a middle-aged writer, who returns home and decides to finally take his father's ashes to his childhood home, as requested. But when Don discovers Grandma's house is now a grocery store, he begins traveling across Iowa searching for a proper resting place for his father. This father-and-son road trip shifts smoothly from the present to Don's memories of the annual, torturous vacations of his childhood. Don's existential journey leads him to reconcile his past and present at the center of the United States. Leaving Iowa is a postcard to anyone who has ever found himself or herself driving alone on a road, revisiting fond memories of his or her youth. Premiered at the Purple Rose Theatre Company.

We are warming up January by celebrating our 2013 season with a cocktail contest, live jazz - The Jack McCutchan Trio, savories and sweets. Saturday, January 26, 5pm at Suzie's Cafe 1552 Bergen Parkway $25 per person 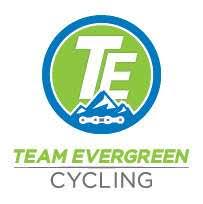